Not to be confused with all the Albany County DA posts and mugshots.... :)


Mohawk, North America’s largest privately-owned manufacturer of fine papers, envelopes and specialty substrates for commercial and digital printing, is pleased to announce Jack Haren, Mohawk’s President and Chief Financial Officer, has been named 2014 CFO of the Year by Albany Business Review.
The Albany Business Review CFO of the Year award recognizes an outstanding financial executive who is a leader in the community, and is helping their business grow. This is the sixth year theAlbany Business Review has selected and named the region’s top Chief Financial Officers. Mr. Haren was one of ten Capital Region CFO’s named.
“We are honored that Jack has been selected as CFO of the Year by Albany Business Review,” said Thomas D. O’Connor, Jr., Chief Executive Officer and Chairman, Mohawk.  “Jack’s outstanding character, integrity, and keen business acumen has been an incredible asset to Mohawk for over 15 years, and we’re very pleased to see him recognized publicly for his distinguished leadership.”
As Chief Financial Officer, Mr. Haren oversees all financial functions at Mohawk and was recently responsible for successfully renegotiating Mohawk’s lease on the company’s one million square-foot converting center and warehouse facility in Ashtabula, Ohio.  Mr. Haren worked closely during negotiations with the owner of the property to extend the current lease beyond its original five year term (which was set to expire in 2017) through 2022. The new extended lease represents a strong commitment by Mohawk to expanding its envelope converting operations, creating new employment opportunities, and providing a stable work environment for its employees. 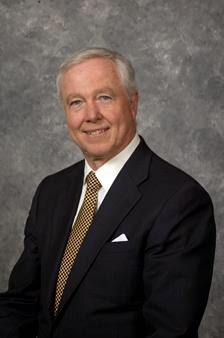 Mr. Haren joined Mohawk in 1999 as Vice President, Finance. In 2000, he was promoted to Senior Vice President and became Executive Vice President, Finance and Chief Financial Officer later that year.
In 2005, Mr. Haren was appointed to the Mohawk Board of Directors. That year he was also instrumental in the company’s acquisition of International Paper Co.’s fine paper division.  In 2007, Mohawk promoted Mr. Haren to his current position of President and Chief Financial Officer.
Prior to his employment at Mohawk, Mr. Haren had 24 years of experience with Union Camp Corporation and held the position of Corporate Controller with responsibility for corporate accounting, financial planning, operational and capital budgeting.
Mr. Haren has a Bachelor of Science degree from Fordham University and is a graduate of the Harvard Business School’s Advanced Management Program. He is a certified public accountant,licensed in New York and New Jersey.

ABOUT MOHAWK
Mohawk is North America’s largest privately-owned manufacturer of fine papers and envelopes which are preferred for commercial and digital printing, photo specialties and high-end direct mail.  Mohawk fine papers and envelopes include the signature brands Mohawk Superfine® and Strathmore®, as well as proprietary treatments Inxwell® and i-Tone®. With a culture of innovation, Mohawk’s business model now extends beyond paper manufacturing into new areas of growth, including digital substrates and web-based software platforms, which connect designers and printers to new markets.

As a leader in environmentally and socially responsible business practices, Mohawk was the first U.S. manufacturer of commercial printing papers to match 100% of its electricity with wind power renewable energy credits and the first U.S. premium paper mill to shift toward carbon neutral production. Mohawk’s portfolio of fine papers includes many grades that are certified by Green Seal and/or the Forest Stewardship Council (FSC).

Mohawk is a fourth-generation, family-owned and operated business based in Cohoes, New York, with global sales and operations located throughout North America, Europe and Asia. For more information, please visit www.mohawkconnects.com.
Posted by Unknown at 12:50 PM