District Attorney P. David Soares announced Wednesday that ANGEL GARCIA, 61, of Albany, was sentenced to 5 years in State Prison, in addition to 10 years of Post-Release supervision before Honorable Judge Stephen W. Herrick in Albany County Supreme Court this morning.
GARCIA will also have to register as a Sex Offender.

On August 14, 2014, GARCIA was found guilty after jury trial of (2) Counts of Sexual Abuse in the First Degree, both Class D felonies.

On two occasions between the dates of May 2003 and October 2003, GARCIA did engage in sexual contact with a child under the age of 11. 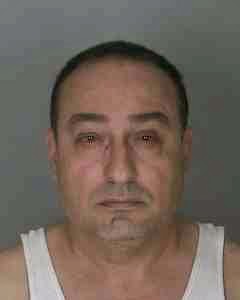 GARCIA is a former Deacon that was stationed at Church of the Americas in Albany.
“Children are among our most vulnerable members of our community. We have an obligation to keep them safe from any harm. As a deacon, this defendant was in a position of trust and instead of helping this child, he exploited her vulnerability. In the end it was this child and her strength that sealed the defrocked deacon’s fate. My thanks to the investigators who dedicated their time to this case and our Special Victims Unit ADA Chantelle Cleary for helping this family receive justice,” commented DA David Soares.

Assistant District Attorney Chantelle Cleary of the Special Victims Unit prosecuted this case.
Posted by Unknown at 8:53 AM