There's been some scuttlebutt within certain blog and online circles regarding a post from last week which calls the city of Watervliet Police Department out for allegedly asking for people's Facebook profile passwords when people apply for a pistol permit in the municipality.

First off, after talking with a couple in-the-know gun "experts", I have a feeling that there was a miscommunication about this somewhere down the line but the city nor the police department really want to talk any further about this. I reached out to the mayor, general manager, the PR folks for the city, and to the police chief directly - and haven't heard back from anyone except the PR people.

Secondly, to me, it does make sense to do a thorough background check on someone for a pistol permit which might include their social media posts.

Thirdly, and this is more an odd observation, it's really weird to "allege" something about the Police Department since it's usually the other way around.

I spoke with a local businessman who owns multiple gun shops in the area. He said he was extremely surprised by what people have been saying about the city but acknowledged "it has caused an incredible stir." Yet, the businessman added, "it goes against everything I know about the chief." 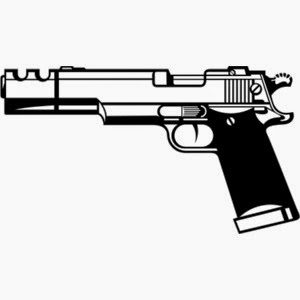 
This businessman's gun stores see about 30 percent of business from area law enforcement, including Watervliet which has worked with this business for more than a decade. He added that, from his observations, many of these law enforcement agencies are second amendment supporters.

He noted, however, that, "I can't imagine what social media has to do with the relevance of a person being a good citizen....I find it hard to believe that's a policy." 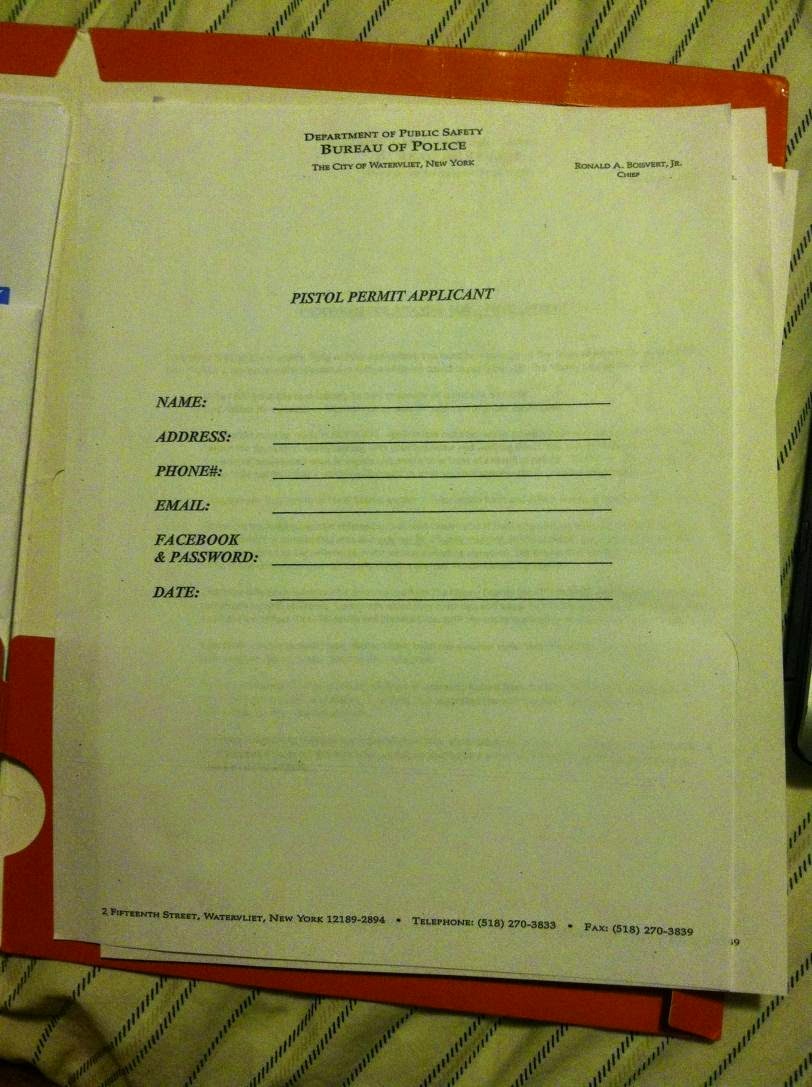 From a Facebook post earlier this month on the City of Watervliet's page, in response to a concerned NYS resident about the issue, the police department stated: "Mr. [Jason] Dobbs, that form was erroneously included in the package we provide for pistol permits. It is an internal form that we utilize during interviews and should not have been included in the package. It has since been removed. It is, however, a common practice to view social media as a means to identify and determine character of a pistol permit applicant, in addition to other investigatory methods. We apologize for the confusion.... Typically all we ask is that an applicant access their account during an interview."

From Don Dupre Dilligaf on FB and Time Warner Cable: "Today, social media is a vital investigative tool and we make a use of it in these background investigations in order to render a well-founded and complete recommendation on applicants to the courts. None of the eight (8) applicants who supplied Facebook information have had their accounts accessed, which I know because I am the investigating officer and the only person conducting background checks." – Watervliet Police Chief Ronald A. Boisvert, Jr.

The photo and post have garnered more than a dozen (to put it mildly) upset comments on the city's police department FB page.

It's hard to say at this point if the city of Watervliet does, indeed, ask people for their Facebook passwords - though it sounds like they just ask you to sign in to your social media account in front of them. In either case, there are people apparently who do not think this should be normal pistol permit protocol.
Posted by Unknown at 3:59 PM