$13.1M in Renovations at TU Center in Albany

ALBANY >> As the Times Union Center approaches its 25th year in operation, county officials have discussed details with redesigning and enclosing the atrium of the center as part of a $13.1 million project.
The center, which has a concert capacity around 15,300, opened as the Knickerbocker Arena on January 30, 1990 with a performance by Frank Sinatra.
“The 25 year old Times Union Center is in need of a facelift,” stated Bob Belber with the center in a letter to county officials. He said this was why they worked with the county to put out a request for conceptual plans, especially for the atrium. Belber said he hopes the designs will “elevate the usefulness” of the atrium. 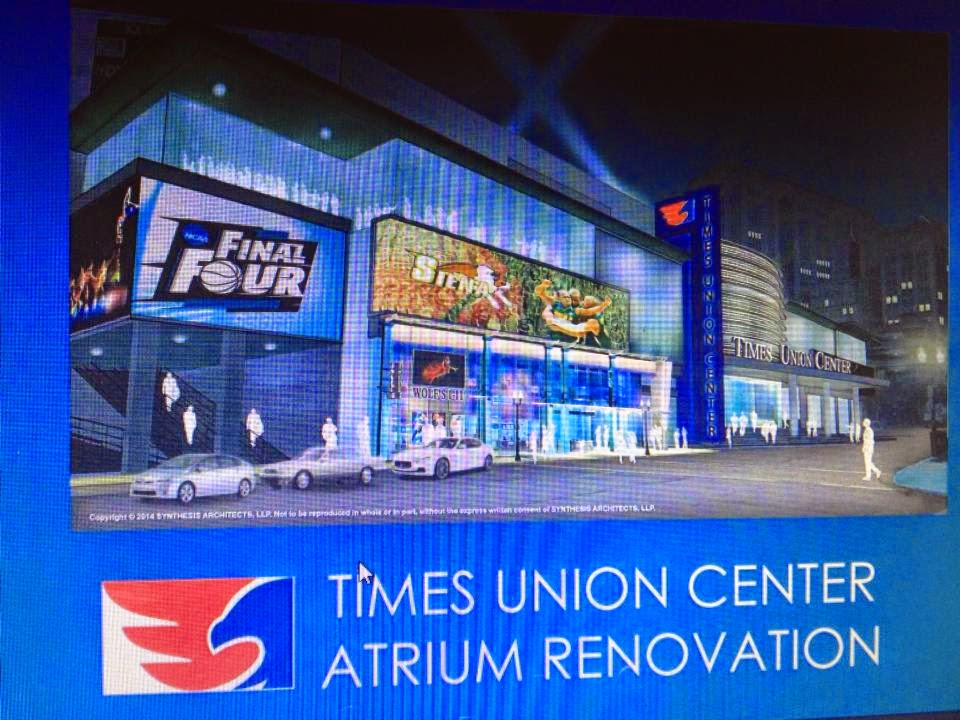 An enclosed atrium, which had been talked about in the past, could offer green space and additional vendor opportunities.
“This is going to be a transformative project that will change the face of the Times Union Center and will perfectly complement the new Civic Center which will be an integral part of revitalization downtown,” said Albany County Executive Daniel P. McCoy.  “Additionally, it will enhance the experience of all patrons. No one will be standing out in the cold during the winter or the heat during the summer. They will truly have an even better time because of the terrific design put together by the design team at Synthesis.” 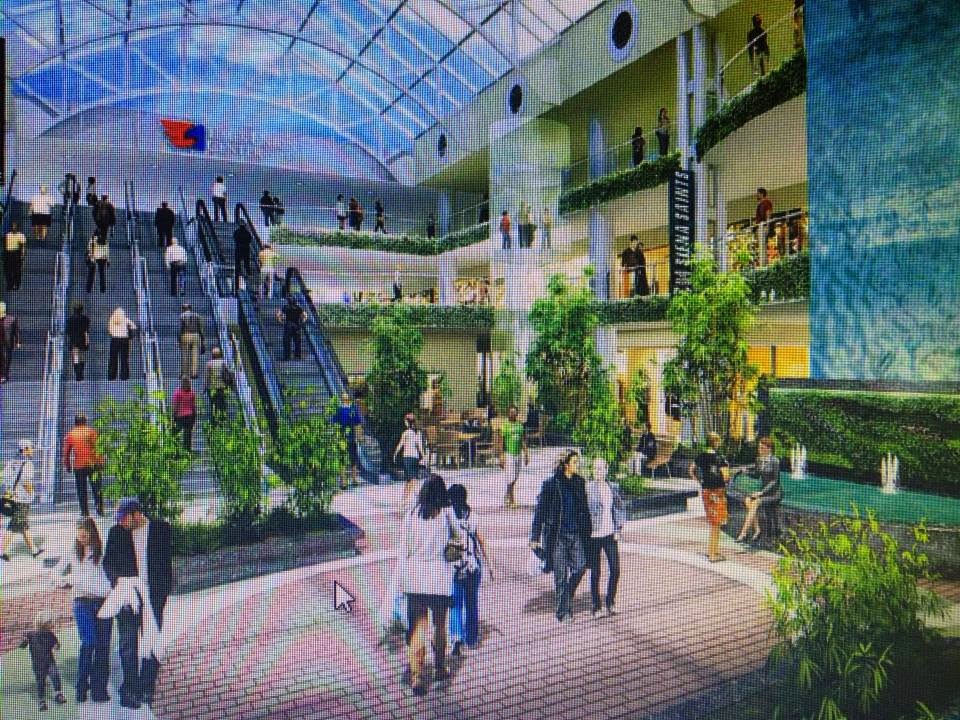 The proposed plan includes adding about 3,000 square feet of space on the mezzanine level that will become a media work space for NCAA, MAAC, and other sports tournaments.
The work is planned to be done while the venue still hosts shows to prevent any loss of revenue.
Synthesis Architecture and CS Architecture both submitted bids and concepts.
“Our feeling is that Synthesis Architecture’s concepts including a full enclosure of the atrium as well as enclosing the Northeast Corner of the concourse leading to the parking garage is the best proposal, of the two received,” said Belber in the letter.
Details of the proposal were presented Monday.
“We are hoping that the project will be completed by September of 2016, pending final approvals,” Belber noted.
---Danielle Sanzone