ALBANY, N.Y. (October 9, 2014) – University at Albany associate professor and sociologist Samantha Friedman is in Turkey on a Fulbright Scholarship this academic year, examining residential segregation by socioeconomic status (SES) across the country’s provinces and districts and comparing it to such segregation in the United States.

According to Friedman, the United States and Turkey have levels of income inequality that are higher than the world average and the study of such stratification as reflected in geographic space is an important yet understudied topic. “This is particularly the case in Turkey, where since 2002, the GDP levels have more than tripled, and Turkey has become the 16th largest economy in the world,” she said.

Such economic gains have not been distributed equally throughout the population. Friedman’s study is the first to examine residential segregation by SES across all of Turkey’s provinces and districts using data from 2000 and later, and then comparing such segregation to that in the U.S.

Friedman is conducting her research at Hacettepe University, which houses the Institute of Population Studies (IPS), the top demographic research center in Turkey. IPS houses all data operations related to the Turkish Demographic and Health Survey, a nationally representative survey similar to that conducted in more than 80 countries. Scholars at the IPS conduct similar research to those associated with UAlbany’s Center for Social and Demographic Analysis, where Friedman serves on the Executive Committee. Through her Fulbright fellowship and a Memorandum of Understanding with Hacettepe University, Friedman anticipates that her project will spark future collaboration and exchanges between the two centers. 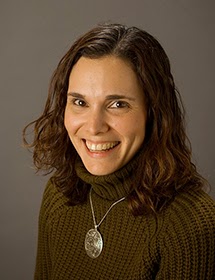 Friedman joined the UAlbany faculty in 2008 as an associate professor of sociology. She has authored more than 20 papers in leading professional journals, a book and several book chapters on racial segregation; racial and ethnic disparities in housing and neighborhood quality; and immigration. She also conducted the first study of housing discrimination against same-sex couples in the U.S., published in a report commissioned by the U.S. Department of Housing and Urban Development (HUD) last year. Friedman has been the recipient of research grants from HUD and the Eunice Kennedy Shriver National Institutes of Child Health and Human Development, among others.

Established in 1946 under legislation introduced by the late Senator J. William Fulbright of Arkansas, the Fulbright Scholar program’s purpose is to build mutual understanding between the people of the U.S. and other countries. Over its 68 years of existence, thousands of U.S. faculty and professionals have studied, taught, or done research abroad, and thousands of their counterparts from other countries have engaged in similar activities in the U.S. The Fulbright Scholar program is sponsored by the U.S. Department of State and administered by the Council for International Exchange of Scholars.
Posted by Unknown at 11:40 AM