COHOES >> The cause of a general alarm fire at 109 Saratoga St., which affected another residence next door and displaced at least six people, is still under investigation, officials said Thursday.
The fire started around 9:35 p.m. Wednesday and was fully involved when fire fighters arrived. Multiple fire officials said there was a delay to respond due to an unclear 911 issue.
Fire Capt. Otto Madsen said it took about two to three hours to get the blaze under control and then extinguished.
No residents were injured but Capt. Mike Grogan said one fire fighter did sustain a minor injury but was released from the hospital.
Nearby residents said they heard “loud pop noises” around the time of the start of the blaze. Fire Chief Joseph Fahd said these were likely caused by the primary electrical lines becoming overheated.
Other witnesses said they saw nearby electrical transformers spark and telephone poles that caught on fire. National Grid was at the scene Thursday morning working on restoring power, though many businesses on the main thoroughfare seemed to already have power. One nearby businessman said his power was restored around midnight.
Across the street from the fire, however, Berdar’s Auto Service was not expected to have power restored until later Thursday or Friday, said owner Dave Berdar, who pointed to broken windows and melted areas on his business. He said he remembered a similar fire about 30 years ago at Blair Lumber, just next door to the affected homes. 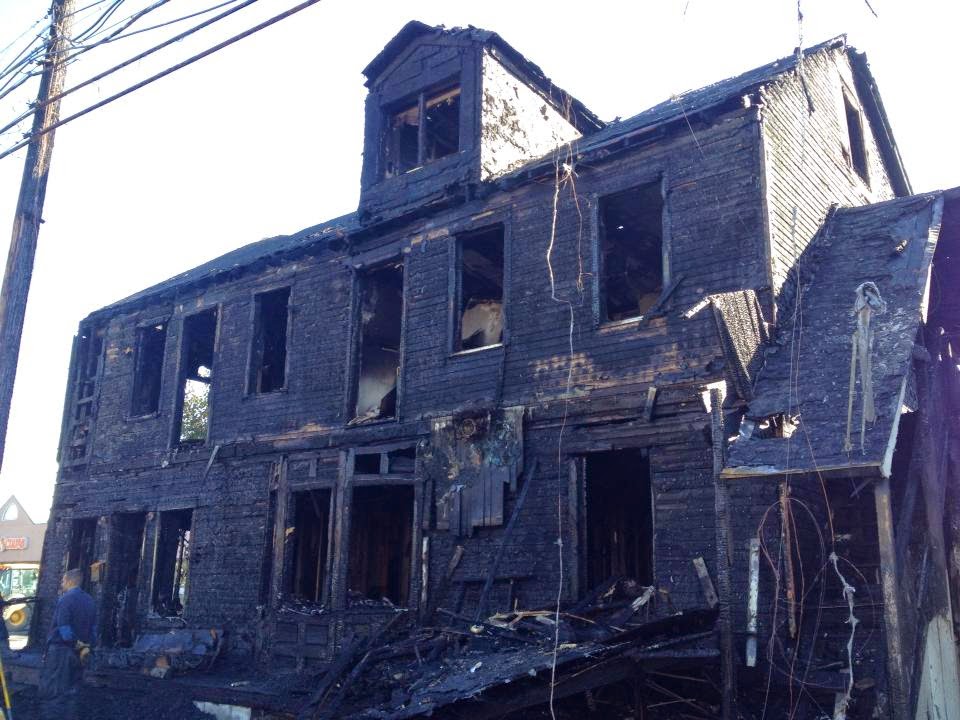 The building where the recent fire started is two stories with a small attic. By Thursday morning, the entire building was charred. Cohes Mayor George Primeau said it will likely be demolished.
“We’re just glad everyone is OK,” said Primeau. “All of the fire departments did a great job.”
Madsen said fighting the fire was hampered by electrical line hazards and the wind. Cohoes was assisted by Troy, Green Island, the Watervliet Arsenal, Watervliet, and Albany fire departments.
The building next door, at 113 Saratoga St., is also two stories and had some less severe damage from fire, water, and smoke. There was also a building in the rear at 111 Saratoga St. which was not affected, Fahd said.
Officials said six people were displaced. At one point while fighting the fire, residents said a handicapped man was still inside No. 113 but he was later found to have escaped. The man, in a wheelchair, has an oxygen tank but Fahd said that did not ignite or impact the fire. 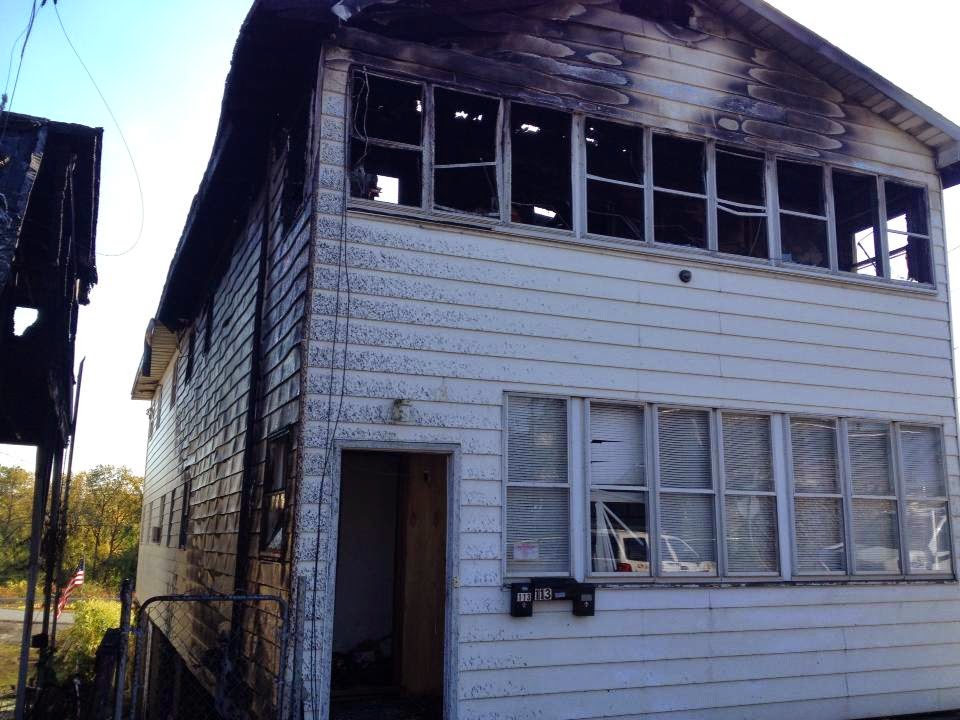 Investigators were at the scene Thursday morning taking photos and notes. Fahd said the fire started in 109 Saratoga St. but the cause is unclear at this point.
Officials said they are not ruling out anything, including arson.
“Cohoes always has its big ones,” said one elderly lady, referring to the fire, as she got her vehicle serviced at a nearby garage.
Saratoga Street was blocked off from Ontario to Bridge Avenue. Though there are multiple businesses in the affected area - including Dunkin Donuts, a strip mall with Family Dollar, and Blair Lumber - which were open Thursday morning. The incident affected cable and electricity for many in the city Wednesday night and Thursday morning.
Danielle Sanzone may be reached at 290-8362.
Posted by Unknown at 10:17 AM