The Cohoes Police Department announced Friday the arrest of a Troy woman for Arson involving a structure fire that occurred at 9:38PM October 08,2014 at 109 Saratoga St. a multiple unit occupied dwelling. The fire then spread to 113 Saratoga St. Both houses were destroyed.

Cohoes Fire  Department cause and origin team along with NYS office of fire prevention and control, ATF and Cohoes Detectives worked together to conclude the fire cause was incendiary.  Uniform Officers canvassed the Saratoga St. area for video and witnesses to the scene prior to the fire. 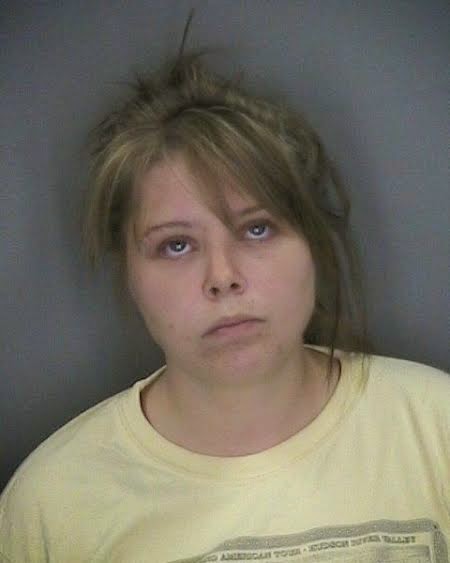 Detectives followed up several leads that led them to Joyce Valigorsky  age 29 of 406 2nd St. Troy.

She agreed to discuss the matter and during the interview made admissions to detectives involving herself with starting the fire on the front porch of the structure. Valigorsky was placed under arrest for Arson 2nd degree a class B felony. She was brought to Cohoes Police Court and remanded to Albany County Jail with No Bail.
Posted by Unknown at 8:50 AM