Dhami placed fifth in 52kg at the Pan American Olympic Festival in Mexico city. Martin came in seventh at the International Judo Federation's Grand Prix event in Zagreb. Martin picked 48 points on the world ranking list, 24 of which will count to qualification for the 2016 Olympic Games in Rio. Martin lost a 63kg overtime heartbreaker to get into the medal rounds to eventual bronze medalist, Maelle DiCintio (France). 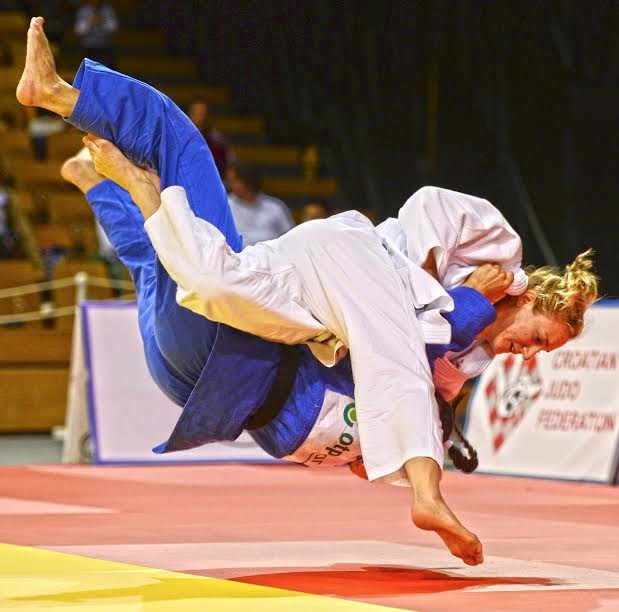 (Above is a submitted photo of Hannah Martin)