An Albany Teen Pleaded Guilty to Criminal Possession of a Weapon

If I get anymore of these today, I am going to start filing them in the campaign 2016 blog that I'll create.

#justkidding (in all seriousness, it's both a good thing and a bad thing that the Albany County DA's Office is so busy)


District Attorney P. David Soares announced today that OSIRIS FOULKS, 18, of Albany, pleaded guilty to (1) Count of Criminal Possession of a Weapon in the Second Degree, a Class C Felony, before the Honorable Peter A. Lynch in Albany County Court today.

An investigation by the Albany Police Department uncovered that on April 18, 2014, at about 4:16pm, while at Spruce Street and Henry Johnson Blvd in the City of Albany, FOULKS did illegally possess a loaded Taurus 40 Caliber semi-automatic handgun. 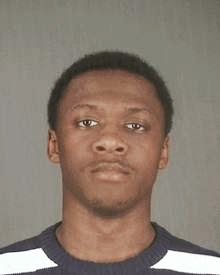 At the time of this incident FOULKS was serving a term of Felony Drug Court for a 2013 narcotics conviction.

FOULKS faces a total of 7 years in State Prison, to be followed by 2 years of Post Release Supervision, for the weapons conviction and the additional charge of violating of Drug Court when sentenced on October 29, 2014.

Assistant District Attorney Kurt Haas of the Street Crimes Unit is prosecuting this case.
Posted by Unknown at 2:05 PM