District Attorney P. David Soares announced today that BRIAN LILLARD, 43, of Schenectady, pleaded guilty to (1) Count of Driving While Intoxicated, a Class D Felony, before Honorable Judge Stephen W. Herrick in Albany County Court this afternoon. On July 21, 2014, at approximately 8:57pm, LILLARD was seen driving his car without headlights at the intersection of Henry Johnson and Livingston Avenues in the City of Albany.  LILLARD then drove on to I-90 and was recorded driving at a speed of 83mph. When LILLARD was pulled over the responding officer detected an odor of marijuana coming from the vehicle. LILLARD also showed physical signs of impairment and registered a blood alcohol content of .12%. LILLARD was driving without a valid license and also was not using an Interlock Ignition Device that was required as a condition from a previous DWI conviction. LILLARD also had marijuana in the vehicle that totaled an aggregate weight of 30 grams. 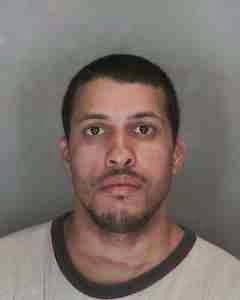 LILLARD faces 1 2/3 to 5 years in State Prison, a $2,000 fine, 3 years of mandatory Interlock Ignition Device upon release from custody, and 1 year minimum of license revocation subject to the Department of Motor Vehicles, when sentenced on October 8, 2014.   Vehicular Crimes Unit Bureau Chief Mary Tanner-Richter prosecuted this case.
Posted by Unknown at 1:07 PM