Two Troy Police Officers who responded to an attempted car jacking in Lansingburgh late Saturday night are hospitalized and the suspect, an Albany man, is dead after a shooting in which about 20 rounds were fired. It is believed that the 39-year-old man was under the influence of drugs at the time of the shooting, officials said.
The officers involved are Chad Klein, who was shot at point blank range in the back in his shoulder, and Joshua Comitale, who was shot from about a block away in both legs, said Troy Police Chief John Tedesco. He said both were wearing bullet proof vests.
The Albany man involved in the shooting is Thaddeus Faison, 39.
This was the first officer involved shooting in Tedesco's tenure as chief, he said. He believed the last one was back in the late 1970s or early 1980s.
The investigation is still ongoing but officials said that a call came in around 10:45 p.m. about an attempted car jacking near 113th Street and East Park Place. Comitale was in the immediate vicinity and responded, then seeing a suspect matching the description. He radioed for assistance and followed Faison, who was understood to have a weapon, said Tedesco.
Comitale pursued Faison in a patrol vehicle and then followed him on foot as Faison, a convicted criminal known to police, started to run. At that time, Klein responded, turning onto 112th Street from 5th Avenue and was shot at close range, said Tedesco.
A total of at least 20 rounds were fired among the two officers and Faison. It is unclear, at this time, how many bullets hit Faison and from which weapon. Tedesco said Faison was shot multiple times and still had to be tasered and subdued by four officers. Police believe Faison might have been under the influence of drugs at the time of the incident.
Unconfirmed Facebook reports say that Faison may have been dead on arrival at St. Mary's Hospital in Troy. His time of death in relation to the series of events Saturday could not be given at a press conference at Troy City Hall Sunday morning.
A camera at the corner of 5th and 112th caught the incident on tape. The camera had been put in, officials said, using grant funding.
Faison, police officials said, had a "violent criminal past" with a "lengthy criminal history". Most recently, he was involved in a domestic incident in Troy, which is where his significant other lives. That incident took place a few weeks ago.
According to the Department of Corrections and Community Supervision, Faison had served two stints in prison and had not had contact with the department since July 2010, after he fully served his last sentence. While serving his time, he had a disciplinary history that included damaged property, disorderly conduct, harassment, violent conduct, and fighting.
He served five years for fifth-degree criminal sale of a controlled substance from 2005 to 2010. He was found to be a parole violator multiple times while serving time for that crime. Before that, he served four years for second-degree criminal possession of a weapon, according to the DCCS.
There are no other suspects being sought in this case, said Tedesco.
Klein is a Gulf War veteran and a Patrol Officer. Comitale is an evidence technician and also a Patrol Officer, said Tedesco.
"These are two young, up-and-comers in the department," stated Tedesco.
Comitale, according to some at the hospital, is expecting a baby with his wife in the next two months.
Tedesco emphasized that both officers have the department's full support as the investigation continues and that information gathered, so far, shows that the two men were justified in their actions and were acting in self defense.
Tedesco said that getting the call about the injured officers was like an "out of body experience" but, he stated, "luckily, we did not lose an officer."
Both sustained non-life threatening injuries and are being treated at Albany Medical Center. Tedesco is hopeful they will both make full recoveries.
"Our thoughts and prayers are with the families of all those involved," said Mayor Lou Rosamilia at the press conference Sunday.
Troy City Council President Rodney Wiltshire said the council wants to help secure more funds for public safety in the city budget.
Police officials said the car jacking, which ignited the shooting, was unusual. This was especially because Faison was robbing someone who was a stranger to him.
A multiple block area has been taped off as police review the scene. Tedesco said the area could be blocked for a couple of days.
As the investigation continues, police are talking with witnesses, reviewing the camera footage, and talking with the driver who was involved in the attempted car jacking. Troy Police are being assisted by Albany Police forensics and the Rensselaer County District Attorney.
Check back to troyrecord.com for updates as they become available. For a 25 minute recording of the audio from the police scanner Saturday, go to: https://www.facebook.com/sidewinderproductions . 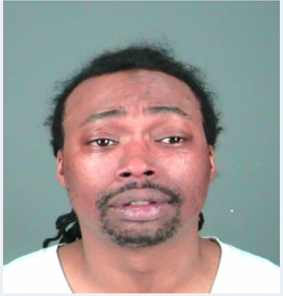 (Thaddeus Faison, 39, of Albany died Saturday night after he was spotted by police matching a description of an attempted car jacker. Police say he shot at two officers, who returned fire.)