From a press release from the Colonie Police Department:

On Thursday at 10:07pm, the Colonie Police Department received a call for a person with a weapon and also shots fired in the parking lot of Colonie Center, 1417 Central Avenue, near the entrance to the Cheesecake Factory.
The only suspect information provided was a black male.  Initial responding officers arrived at the location at 10:09 pm and they did not locate a suspect or a victim.  A short time later, the Albany Medical Center Hospital reported that a victim of a shooting was at their facility that had been transported by a personal vehicle.
The victim had sustained a gunshot to the abdomen and provided information that he was coming from Colonie Center.  Conflicting information from witnesses reported that the suspect had either fled on foot north through the parking lot or had fled in an unknown description vehicle.  Responding officers, with assistance from the New York State Police helicopter, Troy Police K-9, Albany County Sheriff’s K-9, Guilderland Police and New York State Department of Environmental Conservation Police checked the area, but did not locate any suspect. 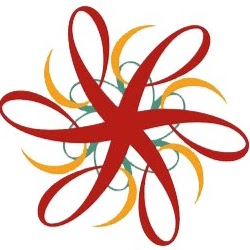 During the search of the parking lot, several shell casings from a .40 caliber handgun were located, as well as gunshots to an unoccupied parked vehicle and light pole.
The investigation determined that the suspect had fled in a vehicle, but no description is available at this time.
The investigation also revealed that the victim and two associates were involved in an altercation earlier with another group that included the suspect.  This altercation resulted in the suspect shooting at the victim and his associates while they were getting into their vehicle in the lot.

Anyone with information about this incident is urged to contact the Colonie Police Department at 783-2744.


Gunshot to the abdomen – undergoing surgery at Albany Medical Center Hospital– not believed to be life threatening
Posted by Unknown at 9:41 AM