The Democratic Primary is in less than a month and the Spindle City's two mayoral candidates are talking about their plans for the city and city hall:


Shawn Morse, Democratic candidate for Mayor of the City of Cohoes, has released his plan for the future of Cohoes and how, in his leadership role in Albany County government, he has the tools and knowledge to make his plan a reality.

“Cohoes needs a Mayor that will make our City prosper financially without adding new taxes, creating redundant services, and making promises they can’t keep. I have kept my word to Albany County taxpayers, saving millions and preventing tax hikes, and I will bring that same approach to Cohoes City Hall,” said Morse.

Quality of Life. Cohoes must make its parks and recreation resources a priority. As Mayor, Morse will look to reorganize the city’s management of parks and recreation through consolidating park management resources. Through streamlining and rightsizing, Cohoes can offer additional youth and adult recreational activities. This will also allow for the city to handle more events, festivals, and concerts to keep residents in and to bring in visitors to Cohoes. Morse will also explore ways to use the riverfront and the Cohoes Falls.

Public Safety. As a Cohoes city firefighter for more than 25 years, Morse knows the importance of public safety when it comes to keeping Cohoes streets safe. As a county legislator, Morse sponsored legislation (Albany County Resolution 13-246) that called for the Department of Public Works to evaluate the implementation of a Complete Streets policy that takes into account of all the users of the road (bicycles, vehicles, pedestrians, public transportation) and encourages reduced automobile use to prevent accidents. Morse will look to use twenty-first century solutions to solve modern challenges in order to additionally identify ways to support the Cohoes Police Department through increased data collection and analysis, including community policing strategies.

Economic Development. Cohoes has an opportunity to harness its assets and infrastructure to attract development to downtown and the rest of our city. As Mayor, Morse will bring together a team of economic development professionals to craft a plan to revitalize the city’s core and use destinations such as the Cohoes Falls to attract investment to the city. As young professionals seek to live in historic urban centers such as Troy, Hudson, and other municipalities along the Hudson River, Cohoes can attract new residents by expanding retail opportunities and creating innovative office spaces. Cohoes will also seek ways to take advantage of the region’s nanotechnology sector by attracting startups to make their home in Cohoes.

For too long, Cohoes has allowed for its downtown to become a shell of its former self. As Mayor, Morse will be the city’s biggest advocate to bring in the investment the city deserves.

Neighborhood Revitalization. In order for the City of Cohoes to attract meaningful economic development along the city’s commercial corridors, the City will utilize existing methods of combating blight, including the Albany County land bank that Morse helped create. The land bank, in which received nearly $3 million from Attorney General Eric Schneiderman’s office, will allow for Cohoes to acquire vacant and abandoned properties – many of which are historic to the city. This will allow for families and new residents to invest in not only themselves, but Cohoes as well. 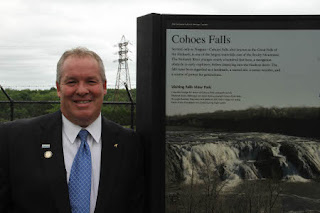 Fiscal Responsibility and Taxes. Morse, in his experience as Chair of the Albany County Legislature and Chair of the Legislature’s Audit and Finance Committee, has saved millions of taxpayer dollars through identifying innovative solutions. As Mayor, Morse will use this knowledge to tightly manage the city’s finances by looking at ways to reduce redundant city services while keeping the quality of service optimal. Morse’s experience negotiating contracts, as a county official and as a past president of the Cohoes uniformed firefighters union, will save Cohoes taxpayers money while boosting city employees’ morale.

Morse will not increase taxes or create new ways to continue to burden taxpayers with unnecessary tax increases; instead, Morse will find ways to bolster existing resources through shared partnerships to save Cohoes taxpayers money.


For more information about the Morse campaign, visit shawnmorse.com. 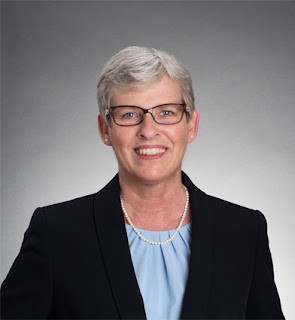 Cohoes Mayoral Candidate Dianne Nolin announced this week: If elected, she will be a full time Mayor.

"I will be your full-time mayor,” said Dianne Nolin, Democratic candidate for Cohoes’s next mayor. “My focus and commitment will be to work each and every day inside City Hall and in our community.  I will be available to our residents and community stakeholders.  Our city is in dire need of leadership, and I am committed to leading our community while working side-by-side with our department heads to find solutions to move our city forward."
Nolin’s four point plan to revitalize and re-energize Cohoes tackles the city’s problems head on and promises change. She is focusing on:

“I grew up in Cohoes. My family and focus are here,” said Nolin. “We need a mayor whose full time focus will be the City. We need a Mayor who will not have any other priorities other than the lifting up of Cohoes and making it the best it can be.”

Nolin has released the first of four pieces focusing on her plan for the City. The first piece focuses on urban blight. (See attachment.)

“One of the main reasons I have decided to run for Mayor of Cohoes because of the decline we’ve seen in certain areas of the city. I get calls from residents and I have seen it as well—we can no longer be proud of what our City looks like. It is clear that urban blight is taking a strong hold on the community and we can stop it, if we work together,” said Nolin. “I’m proposing the establishment of a Codes Counsel position as well as a Code Court to keep landlords responsible. We’ll also be reinstituting the Landlord Workshops that were so popular and successful in providing clear guidance on how properties were to be maintained.”

Nolin is committed to working with the Albany County Land Bank that was established with the help of our local Assembly and Senate delegation to access available funding to help counter the decay that has been creeping into Cohoes.
“The first County Land Bank was not established properly,” said Nolin. “The Land Bank we have now can access state funding that was not available through the first one. We received funding here in Cohoes a year after other communities. A full-time Mayor will be able to stay on top of funding opportunities to tackle the tough problems we face.

“My goal is to work closely with Land Bank leadership and our local state delegation to leverage funds and clean up Cohoes.”

For more information on Nolin's campaign, visit http://www.nolinformayor.com/
Posted by Unknown at 10:16 AM