WATERVLIET >> A Schenectady man was arrested by the Watervliet Police Department for being found allegedly with a loaded gun and drugs on Saturday, police said.
John Smith, 22, age 22 was charged him with: second-degree Criminal Possession of a Weapon, a C felony, DWI 1st Offense, and seventh-degree Criminal Possession of a Controlled Substance.
Officers responded to a civilian complaint of a man sleeping in his vehicle and possibly in possession of a handgun on the 1600 block of 6th Avenue. Upon arrival the vehicle described had already left the area. About 30 minutes later, the vehicle was located by patrol officers in the area of Broadway and 14th Street. The driver appeared to be sleeping.
Upon further investigation, the driver identified as Smith, was allegedly in possession of a loaded Glock 9mm handgun as well as a quantity of heroin and hypodermic syringes. Smith failed the standardized field sobriety tests and was administered drug recognition tests by a Drug Recognition Expert (DRE) which he also failed. He was arrested, processed and held for arraignment. Niskayuna Police assisted with the investigation, police said.
Smith was arraigned by the Honorable Thomas Lamb and remanded to the Albany County Correctional Facility without bail. 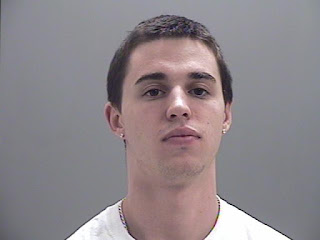