ALBANY >> An 18-year-old Albany man arrested this week for handgun possession has also been charged in connection with a homicide that occurred last year on First Street, police said.
Ismael Ayala, 18, of Albany, was arrested following an investigation by the Albany Police Department.
On Wednesday at around 6:45 p.m., Ayala was taken into custody on Clinton Avenue near Lexington Avenue as a result of an unrelated investigation. At the time of his arrest, he was found to be in possession of a loaded 9mm handgun, police said. 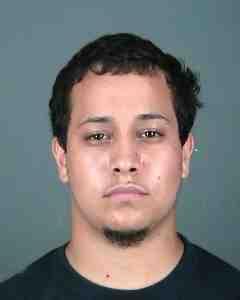 Through the investigation, Ayala was also charged in connection with a homicide that occurred last year. On Oct. 2, 2014 at approximately 1:45 p.m., Ayala allegedly shot Jorge Falu-Garcia, 25, of Albany, while on the 300 block of First Street. Falu-Garcia was transported to Albany Medical Center Hospital where he succumbed to his injuries, according to a statement from the police department.
Ayala has been charged with second-degree murder and second-degree criminal possession of a weapon.
He was arraigned in the Albany City Criminal Court and remanded to the Albany Court Jail, police said.