A debate between Democratic candidates for the Albany County Executive's Office, incumbent Dan McCoy and opponent Dan Egan, took place on Wednesday. I missed it but Jordan over at the TU did a good job live tweeting. You can check out that coverage here.

But, just prior to the debate, Egan held a press conference about multiple issues his campaign has found with McCoy's tenure, but especially with his stance on the nursing home.

Here's a press release from Egan's office on that:

Albany, NY – Today Dan Egan and Albany County Legislators and community leaders held a press conference exposing County Executive Dan McCoy’s Department of Aging malfeasance concerning multiple years of underfunding for the Expanded In-Home Services for the Elderly Program (EISEP) which led to nearly 150 senior citizens being banished to a wait list, with 39 dying during that time period, as well as addressing McCoy’s lies regarding the Albany County Nursing Home and his years of flip-flopping on the issue for political gain.

Albany County’s Expanded In-Home Services for the Elderly Program (EISEP) is intended to help elderly people live at home and to support and supplement the informal care provided by family members and friends. Services include personal care, such as assistance with bathing and grooming, respite, case management, grocery shopping, laundry, and light housekeeping. EISEP supplements medical care which may be necessary, but which by itself is often not sufficient for some to live independently. Albany County Budgets show that McCoy and his Administration were malfeasant in misappropriating funds that should have gone to EISEP but instead went elsewhere. Hundreds of seniors wound up on waiting lists because of the misappropriation, and 39 seniors died while waiting for EISEP. 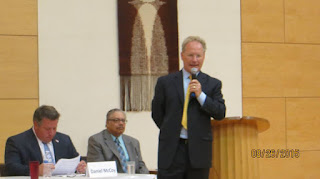 In 2013, McCoy requested, and the County Legislature approved, the authority to spend $2,070,000 on EISEP, an amount sufficient for the program to serve over 340 people. But that’s not what happened. Instead, Albany County forced applicants on to a waiting list that in August of 2013, reached 147. Up to that point, 39 elders had died waiting for EISEP. During 2013, Albany County only spent 53% of the funds McCoy had asked for - and he then put $970,000 in the County’s general fund.

This wasn’t the first time in which McCoy did not spend all the EISEP funds that were available for their intended purpose – helping Albany County’s most vulnerable seniors – forcing dozens upon dozens of seniors on a waiting list. In 2012, while he was Chairman of the County Legislature, McCoy approved $2,150,000 for EISEP, but then as County Executive left $406,097 unspent. That amount would have been enough would move approximately 60 people off the waiting list.

Dan Egan stated, “This gross misappropriation of taxpayer funds is simply a disgrace. It is not just a misappropriation of government funds, but a complete disregard of the public’s trust. The County Legislature approved funds for EISEP – a program designed to help Albany County’s most vulnerable senior citizens – and 100% of those funds should have been spent on that program, not redirected elsewhere for Dan McCoy’s political games. Dan McCoy should be ashamed of himself for putting the wellbeing of hundreds of seniors at stake, during which 39 of Albany County’s seniors lost their lives.”
County Legislator Dave Mayo stated, “Words cannot adequately describe how angry I am to learn that money specifically directed by the County Legislature for home health care services under EISEP did not go to providing such care but instead was wrongly misdirected by the County Executive to the general fund. To learn hundreds of seniors, many of whom were frail, did not receive these vital home care services, some even dying before ever receiving this care, is heartbreaking and tragic. I urge the State Office for the Aging and the State Health Department to investigate this matter fully.”

Dan McCoy has a well-documented history of lying about his position on the Albany County Nursing Home to suit his political needs. First, as Chairman of the County Legislature, McCoy supported building a new nursing home, even going so far as to sign the application submitted to the State Department of Health, even though he was not yet County Executive and as such, not authorized to do so. That application was so outrageously expensive, coupled with the fact that it was projected to lose 50% per year – annual revenues approximating $26 million against expenditures of $52 million – that the State Department of Health rejected it.

Then, as County Executive, McCoy reversed his position and tried to get rid of the County’s involvement with the Nursing Home. As County Executive, he issued a request for proposals for potential private buyers or operators. As part of his newfound take on the Nursing Home, he tried to sell a deal to the County Legislature with Upstate Health Services in which Albany County would have received zero funds, leaving County taxpayers on the hook for millions.

Next, McCoy supported the creation of a Local Development Corporation to operate the Nursing Home when he realized his privatization scheme had endangered his political standing. Now McCoy is seeking organized labor endorsements, changing his tune to garner the support of unions he says he supports the Nursing Home once again.

Dan Egan stated, “Time and time again Dan McCoy has put politics above people. He cares about his own political interests, not the interests of the hundreds of seniors who depend upon the Albany County Nursing Home. I am running for County Executive to restore integrity to that office and to put the interests of Albany County residents first.” 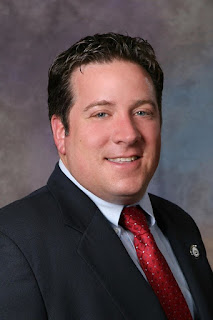