Three Green Island village trustees and one town councilperson were sworn in at Monday's meeting.

Those who took their oaths included Richard Jones, Michele Bourgeois, and Barbara Belokopitsky for two-year seats on the village board. And Erica Milliner Gardner was sworn in for a four-year seat on the town council.

Mayor Ellen McNulty-Ryan officiated each of the oaths with the person's family. 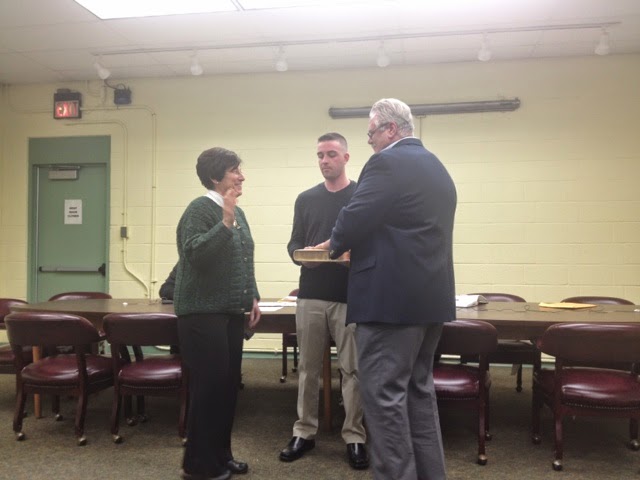 (Richard Jones is sworn in first at the Green Island Municipal Center, along with three other Green Island elected officials on Monday, Dec. 15.) 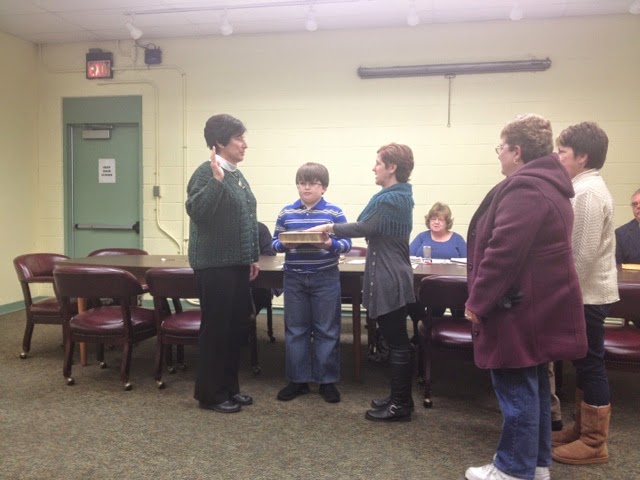 (Michele Bourgeois is sworn in) 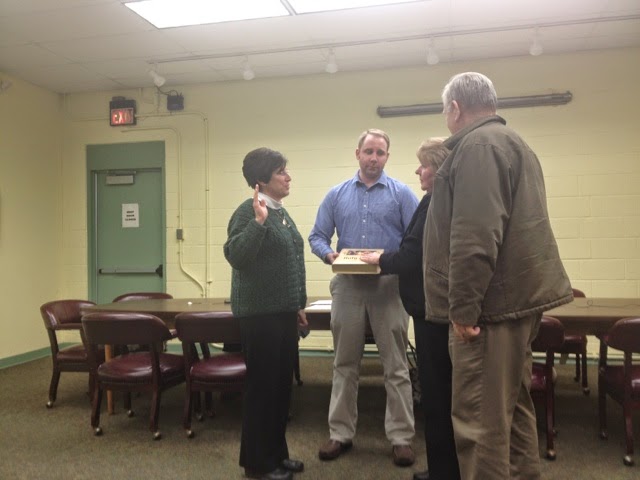 (Barbara Belokopitsky is sworn in) 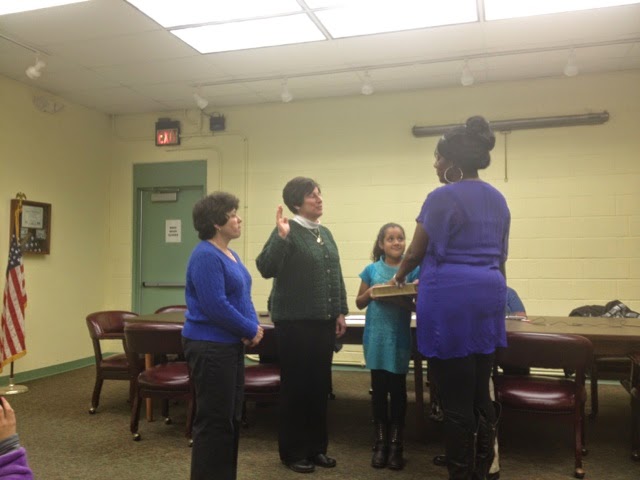 (Erica Milliner Gardner is sworn in for town council. She was first elected this year.)
Posted by Unknown at 2:06 PM