After 38 years of service, Robert Eckert retired from his post as a Captain with the Rensselaer County Sheriff’s Office at the end of 2014. A hundred friends, coworkers and well wishers attended a farewell reception Friday honoring his many years of service and to wish him well on his future endeavors.

Captain Eckert began his law enforcement career with the Sheriff’s Office on October 1, 1976. He rose through the ranks of Corrections Officer, Deputy, Sergeant, 1st Sergeant, and Lieutenant, until he became Captain in 2001. As Captain of Highway Patrol he supervised deputies responsible for the security and safety patrolling the county. He was well known for his dedication and service in the office and out in the community. 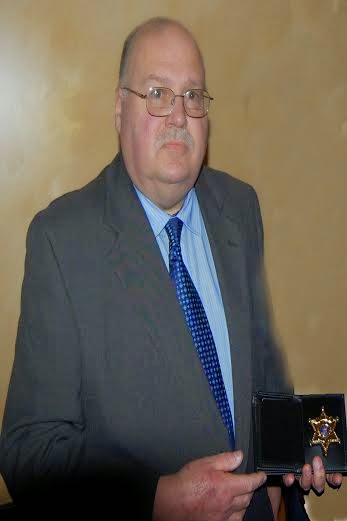 Sheriff Mahar offered Captain Eckert his sincere appreciation. “His leadership and friendship will be missed by the agency, congratulations on your retirement, I wish you and your wife Sue the very best.”
Posted by Unknown at 10:59 AM