From a press release Tuesday:


Dianne Rigney Nolin, Cohoes Council Member and Mayoral Candidate has called on the New York State Legislature and Governor Cuomo to pass legislation this week to extend the Tax Cap which was instituted in 2012.

“Since 2007 I have served as a council member including serving as Vice President and President of the Cohoes Common Council. I am pleased to state that Cohoes has stayed below the Tax Cap even prior to its establishment, and I firmly believe that taxpayers in Cohoes and in many other communities throughout New York State are in need of real property tax relief.” 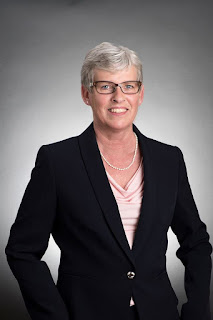 In spite of the lack of meaningful mandate relief, Cohoes is meeting its responsibility to taxpayers by utilizing efforts such as shared services with our 911 system and working off a simple philosophy – you can’t spend what you don’t have.   This is a simple but often lost philosophy and one that I will continue to work under if elected this fall with the support of the residents of the City of Cohoes. I firmly believe that we can expand our shared services agreements with other local governments, many of which have been held up by others under the fear of downsizing government and maintaining jobs.  What is not realized is that we can downsize government working together, and allowing for natural attrition to provide opportunities to reduce spending and continuing or enhancing services.   This is a focal point of the Nolin Administration and one that I am committed to once in office.

Now though we need the Governor and the NYS Legislature to extend the tax cap for the next three years.  With two days remaining in the legislative session, now is the time to act.
Posted by Unknown at 10:33 AM