Earlier this month, Nassau officials appointed a new member to the town board: Robert "Bob" Rings.

Rings replaced a former board member, Donald "Don" Carpentier, who died suddenly over the summer.

"Don and I were great friends," said Rings, noting that he was also friends with Carpentier's father. "I was more than happy to step up." 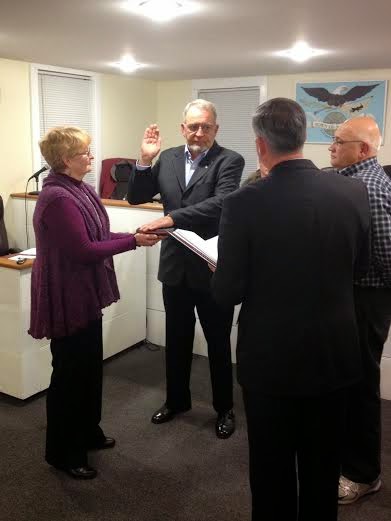 Rings is a former board member who served previously from about 1978 to 1983. He was appointed to fill the remainder of Carpentier's term (until the end of this year) and he was elected this month to fill a three-year term.

You can read more about the appointment, Rings, and Carpentier in this article.
Posted by Unknown at 11:15 AM