Albany County Legislative Chairman Shawn Morse announced today that he will not seek re-election to the County Legislature. Morse, elected in 2004, says that he is humbled that the people of Cohoes would elect him as their representative. "The people of the 17th District in Cohoes put their faith in me to give them a voice in the Legislature," said Morse. "It has been an honor to serve and I owe them a debt of gratitude for giving me the opportunity."

Morse says he is extremely proud of many of the initiatives he has undertaken over the years such as the prescription drug card plan which saved the residents of Albany County 5 million dollars to date and made prescriptions drugs more affordable. "That's real money," said Morse. "And with the assistance of my colleagues, I instituted the Medicare Advantage Plan which enabled us to save the county millions of dollars while preserving low cost health care for retired employees who earned their benefits. These were times when you can say it's a win win."

But perhaps the thing Morse is most proud of is saving the Albany County Nursing Home. "This was an issue I was faced with when I got elected and one that I fought for every day since. I am proud we were able to save our nursing home and prevent our seniors from being shipped to out of state facilities with poor standards of care. I am proud that we also were able to save 6 million dollars in operating costs per year and at the same time, making the necessary investments to the facility."

"It has been an honor and privilege to work with so many talented legislators over the last 10 plus years. While we did not always agree on every issue, we respected each other and worked to find common ground. That is what government should be about." 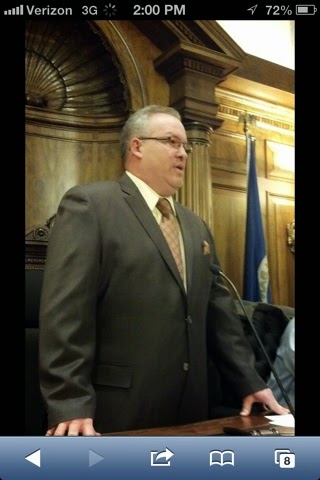